Our beloved comic book culture, as fans and for some. superhero theme activists, was used as a back drop to commit mass murder inside an Aurora Colorado movie premier of ” the Dark Knight Rises. “
Americans and world citizens who love this medium should look deeply into unfolding events and resolve to use one of its core values, individual vigilance to enhance public safety, to help people better secure what’s always been society’s soft under belly: theaters; malls; stores, eateries, etc.
Members of what media calls ” the real life superhero ( RLSH ) ” now have a golden opportunity to put aside petty squabbles in the face of a masked assault embodying the worst villainy of fact and fiction. Their use of superhero imagery can assume new seriousness in wake of this tragedy.
The Free World is being tested these days. From domestic crime to foreign terrorism free people are being battered by angry dissidents and worse. Those who enjoy comic books unbridled freedom and the few who even take this to the streets should unite to pump new life into tired appeals about being vigilant in public.
Whether this shooter is a loner or part of a plot our beloved comic book culture nonetheless has preached awareness against sudden evil from its inception. We ( meaning fans and activists ) shouldn’t go spastic and stage embarrassing fan boy pr exercises or misguided vigilantism as clumsy attempts to calm a frightened populace.
Using our beloved comic book culture as fans and activists to creatively high light the need for real life vigilance will be more than enough.
Our fictional heroes and heroines once again have shown us the way.
Whether we use their example to make horrible facts like this movie massacre history remains to be seen.
My thoughts and prayers are with the victims; their families and nations wondering if anywhere is safe anymore?
NADRA ENZI AKA CAP BLACK promotes creative crime prevention. (504) 214-3082. [email protected] is where Pay Pal donations can be sent to assist my citizen patrol efforts which support civic duty and due process.
” EITHER YOU’RE A GOOD BLACK MAN- OR A MEMBER OF THE CHOCOLATE KLAN! “
http://moveonup.ning.com/profiles/blogs/chocolate-klansmen-alert-sp…
CHOCOLATE KLANSMEN ALERT! Speaking Tour

BEACON: BY VANCE MAJOR.
* Proudly posted as a public service announcement from Capt Black’s Super Spotlight. His FaceBook address is at end of his blog-post ENJOY!*

After all I’ve been put through-I considered strongly just walking away from everyone.
But I think its now more then ever we need people..good people-to be beacons of light in this dark world.
The best thing you can do is cast off all negativity. It has helped me a lot. And I have found that when you turn your back on negative people they tend to change their attitude and become positive- so you really aren’t turning your back at all.
I used to be negative all the time after everything and looking at the big picture- my motto now is that you are in control of your mood so if you wake up each determined to have a good day it will usually happen.
I smile way more now. I have helped a lot of people- you guys come forward to lift me up when its a struggle and I thank each and everyone of you.
And like a wise person said to me-someone I cherish “You have been an inspiration to so many people. I think that you do need to put yourself first sometimes though.”
And I do.
Ill never give up helping people-or being who I am. We all are needed to lift each other up. Its not about fame-or heroics-or self gain. Its about common decency. Treating those around us as we want or need to be treated. About being better then all that came before us. Shaping the next generation whose lost their way.
Its about hope.
Don’t ever give up
By: Vance Major
http://www.facebook.com/vance.major

Capt Black
Creative Activist
Good Citizens Organizer
[email protected]
(504) 214-3082
http://moveonup.ning.com/profiles/blogs/titan-s-story
Imagine one man cleaning up the worst block on New Orleans world famous Canal Street???
He doesn’t want credit so I’ll just call him ” Titan. ”
Titan warns drug dealers and users about congregating in front of his restaurant; previously an open air market for illegal drugs.
He then calls police before their shocked eyes even describing them in painful detail.
Titan is Black by the way; as are majority of the causes for his 911 calls. Daily he tramples ” Stop Snitching ” into the dust with his actions.
He’s also a walking billboard for rehabilitation as a former dealer and user. Titan now builds up what he once tore down.
Titan represents a growing departure from liberal thought: that simply being Black means you condone criminal activity within your community. He also is alot more ” in your face ” concerning crime than many law and order conservatives who avoid zip codes where he works.
Organizing with good citizens like Titan helps reclaim our community ” block by block ” to use his favorite phrase.
Crescent City Cafe, located at 1104 Canal Street off the corner of Elk Place, is the jewel in the crown of grassroots safety and revitalization good citizens like this create.
It will also host a National Night Against Crime block party October 11, 2011.
Call Crescent City Cafe at (504) 522-1769

Capt Black
This is the first episode of Capt. Black’s Super Show in months and explores the power of doing what he calls ” micro good.”
NADRA ENZI AKA CAPT BLACK
(504) 214-3082

httpv://www.youtube.com/watch?v=G6p9OL5_Ewc
Interview with Capt. Black on New Orleans world famous Canal Street about being a member of the ” real life superhero (RLSH ) ” community and why major problems are no excuse not to help the the community.
-NADRA ENZI AKA CAPT BLACK promotes finding your “super” through creative crime prevention; homeless outreach and political advocacy. ” Find Your Super!: Become A Creative Activist Through Comic Book Themes ” is his latest presentation. (504) 214-3082 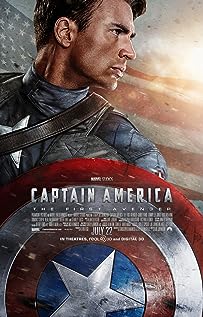 Captain America has always had a special place in my heart as a comics fan.

The fact he wasn’t superhuman ( despite clearly Olympic-level enhancements ) always sparked my interest in human potential expressed in fiction, alongside fellow icons Doc Savage and Batman.

Cap made patriotism look cool instead of corny. My formative years included images of Watergate; protests and flag burning.

Captain America was a welcome alternative. Like my late grandfather who raised me he actively pursued good citizenship instead of merely discussing it.

The 2011 movie captures his Old School spirit which is much needed as economic fear tightens nationwide.

His transformation from scrawny kind to brawny commando demonstrates our ability to literally become whomever we consistently try to be.

The comic book legend was recently upgraded to acknowledge the role of Black men in defeating the Axis.

The first Captain America was Black http://en.wikipedia.org/wiki/Isaiah_Bradley in this retelling; a nod of the cowl to otherwise unknown soldiers like my late grand uncle Harold who was wounded in 1944’s Normandy Invasion, code named ” Operation Overlord ” by the Allies.

Captain America’s story is every American’s story: idealism despite crushing poverty; determination despite impossible odds. He cuts away every possible point of division by embodying ” E Pluribus Unum ( Out of Many One ) ” in a way that inspires skeptic and supporter alike.

One fact sets creative activists ( RLSH & X ALT ) apart from their larger communities: our impressive absence of racial hangups (or good sense not to air them- take your pick! lol ).

Real life superheroes and extreme altruist community members come in all shades. That much is obvious. Why we unite around this sub-culture is the next logical question.

The sub-culture we share uses fictional themes to inspire inventive dogooding. These themes transcend racial categories and instead become an entirely new category all its own.

The bonds formed in practicing this sub-culture are often stronger than those usually found in conventional ties.
While politicans; political parties and pundits racebait to promote prejudice for some narrow purpose ( like the 2012 presidential campaign ), RLSH and X ALT consistently demonstrate our one elegantly simple truth:
“Super” has no color.

NADRA ENZI AKA CAPT BLACK promotes finding your “super” through creative crime prevention; homeless outreach and political advocacy. He also reminds readers that, “…the ‘Black’ in Capt. Black is an acronym (brotherhood-loyalty-ability-courage-kindness )defining five core principles instead of skin color. ” (504) 214-3082.

Capt Black
I don’t do limits.
Artificial barriers like fear ( on my part ) or prejudice ( on someone else ) aren’t acceptable.
Telling me expressing myself against injustice will get me in ” trouble ” means accepting an artificial limitation.
After years of getting myself into ” trouble ” I’ve discovered that whatever others threaten only has power if you buy into it. All their huffing and puffing has yet to do anything but indicate they don’t like being challenged.
Whole populations are controlled by limitation acceptance. One underlying tenet of patriotism is resisting covert or overt invasion because the enemy will impose limits upon you after victory.
Civil rights activism and anti-crime advocacy are replete with struggles against limitation. Offenders in government; private industry or even street gangs, despite obvious differences, stand united in their resolve to make others fit involuntary limitations.
Consider the absence of credible scientific evidence to justify limitation schemes like India’s caste system; American Jim Crow; South African Apartheid; Old style Soviet Communism; sexism; homophobia, etc. The list easily stretches toward infinity as one group plots to curtail another’s freedom.
I don’t accept limits because doing so means someone else becomes your absolute ruler. In this context every activist who defies limitation is a reminder that we are limited by others in direct proportion to our acceptance of their terms.
That’s why there are so few activists relative to the rest of their peers. Add unique activist subgroups like real life superheroes ( RLSH ) and extreme altruists ( X ALTS ) and percentages shrink even more! Limitations are one of mankind’s most unkind inventions and as such are not to be accepted in any form or fashion.
If we do, then we have no right to complain about mistreatment.
NADRA ENZI AKA CAPT BLACK promotes finding your ” super ” through creative crime prevention; homeless outreach and political advocacy. (504) 214-3082