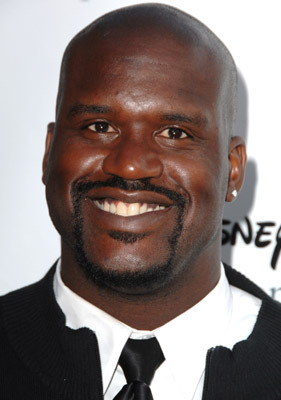 Shaquille O’Neal  isn’t your average superstar professional athlete.
He doesn’t get in trouble. He’s not vulgar and get this!, wants to join law enforcement upon his retirement!
Not many millionaires have such to-do lists, let alone young Black ones.
Shaq is a larger-than-life representative for Black men who aren’t cop haters nor thugs gone wild.
He’s invaluably contributed to closing the Black male/police divide by becoming a reserve officer with various agencies, even being made an honorary US marshal ( SEE BELOW ).
Such stellar citizenship is what we need: more Black boys and men involved in public safety as soldiers- not suspects!
Shaquille O’Neal  is a quiet revolutionary in the positive sense: radically redefining what it means to be a celebrity; athlete and police volunteer.
His law enforcement participation stands in bold relief to numerous anti-social messages from most urban entertainers and today’s headlines.
We need more brothers and citizens like Shaq and less thugs- PERIOD!
Shaq’s Law Enforcement Efforts ( From Wikipedia ):
O’Neal maintained a high level of interest in the workings of police departments and became personally involved in law enforcement. O’Neal went through the Los Angeles CountySheriff‘s Reserve Academy and became a reserve officer with the Los Angeles Port Police. He appeared in a commercial for ESPN in Miami Police garb climbing a tree to rescue LSU‘s costumed mascot Mike the Tiger.[citation needed]
On March 2, 2005, O’Neal was given an honorary U.S. Deputy Marshal title and named the spokesman for the Safe Surfin’ Foundation; he served an honorary role on the task force of the same name, which tracks down sexual predators who target children on the Internet.[141]
Upon his trade to Miami, O’Neal began training to become a Miami Beach reserve officer. On December 8, 2005, he was sworn in, but elected for a private ceremony to avoid distracting attention from the other officers. He assumed a $1 per year salary in this capacity.[142] Shortly thereafter, in Miami, O’Neal witnessed a hate crime (assaulting a man while calling out homophobic slurs) and called Miami-Dade police, describing the suspect and helping police, over his cell phone, track the offender.[142] O’Neal’s actions resulted in the arrest of two suspects on charges of aggravated battery, assault, and a hate crime.[143]
NADRA ENZI AKA CAPT BLACK has promotes creative crime prevention. He’s also the founder of Good Citizens Supporting Good Cops and various police appreciation efforts.
(504) 214-3082
[email protected] Greetings!
I’m finally getting a few moments to write.  Ever since the weekend of Superheroes Anonymous 5, there has been a virtual whirlwind of activity surrounding me, keeping me from writing my blog. A good deal of it is tech related so I will relay a few details to you about it.
First I want to talk to you about technology abuse. This is directly related to this blog. It seems there is some new spider software that seeks out blog comment areas and automatically dumps comments containing links to other sites that sell bull sh!t that people are trying to scam a buck from. I have gotten at least 75 of these comments in the last 3 months!
Do you see any spam links in my comments? No. That’s because I moderate all my comments. If you send me a BS comment it will go straight into the trash. So don’t bother. Because it aint happenin’!
That is an example of improper use of technology.

Now that is out of the way, I’ll let you know what I been up to.

Project EON:
Project EON was pushed to the back burner for some time due to a shift in my work schedule and the accompanying free time restrictions. Now that the holidays are behind us, I should start to have a bit more free time to work on the Mach 2 skeleton.
The Skeleton needs a strong foundation at the ankles. This is the crucial point for maintaining balance and stable safe operation of the Mach 2 and Mach 3 systems.
This is an example of the safe use of technology

The Website:
I oversaw the design and layout of the new Team Justice website. www.teamjusticecharity.org. It features a donation area and swag store. The donation area has been a constant and growing source of funds for various immediate needs issues for helping families and children with pressing financial problems. The swag store features gadgets, fan gear, tee-shirts and other items.
The site was programmed and maintained by Kapes. She set it up though her company AVS Productions that has been making fine internet websites for over a decade. She also has Team Justice officially partnered with the Humane Society of Pinellas! As a result Team Justice is being asked to appear at an upcoming Humane Society event.
This is an example of the proper use of technology.

The Robot:
I have been frantically building a robot superstructure over a modified, re-purposed radio control monster truck that I got at a rummage sale. I love rummage sales.  Anyway, it is to be debuted at Megacon in Orlando in the middle of February. This is 6 weeks earlier than I thought it was going to be. So I have been hustling to complete it.
When Miss. Fit was in town I showed it off a bit in its unfinished state. It’s not really a Hero gadget, though it could be adapted as a search drone. Mostly it’s just something I am building for fun.
An example of a fun use of technology.

In the spirit of Dr. King Black men should recognize brothers and sisters in law enforcement as a ” minority within a minority ” whose unique experiences with discrimination include once not even being able to arrest White people; being subjected to more disciplinary action than peers and the unique frustration of not being ” Black enough for some in the community and not blue enough for some fellow officers. “

In some ways creating such unity constitutes another quantum leap in civil rights.

Eventually this can give rise to teams of Black male citizens and police patrolling high crime areas addressing quality of life and safety issues as shareholders instead of current cold war conditions.

Is a simple word of appreciation or  ” thank you ” invitation for Black officers to dine at local Black owned restaurants asking too much?

Especially when crime and mutual hostility threaten both Black male citizens and Black officers more than other Americans?